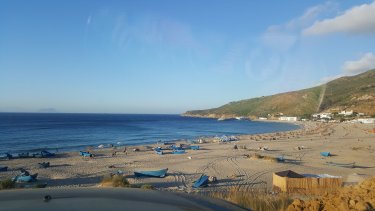 My journey to help locals and orphans in Morocco recently took me to the North of Morocco. I found the situation there is as dire as it is in the south with the poor and lack of funding for orphans. Not surprisingly I found a very similar mentality and lack of drive or motivation in this subject even how people spoke about how these orphans aren’t really orphans since they have a mother and father who abandoned them because they are disabled or from out of marriage relations.

As I drove around the coast line looking at happy families and tourists watching as so many Moroccans seem to be well off in this huge city and living very comfortable but my eyes kept returning to the street kids and the homeless. There was a large number of children left to the streets by their parents who have put them to work begging or selling flowers and tissues.

The beauty of the North with its pristine mediterranean beaches and cool climate, flashy cars and European style homes was all an illusion to the ugly darkness that hits the streets by night. 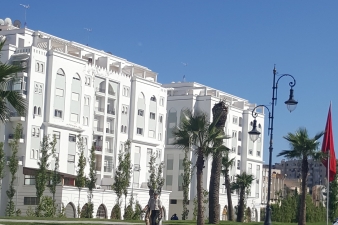 So many Moroccans caught up living a westernized lifestyle they have turned their back on their own people, they have abandoned the simple charity of kindness to the orphan or poor. Men walked the streets by night off their head on drugs while kids sniffing glue jumped in front of cars playing ‘chicken’

A man they call “guardian” who helps park your car and acts as security on the streets was sitting down looking sad, as I walked past I noticed he wasnt mumbling but making dua. We gave him a drink and his eyes filled with tears as he told us he hasn’t drank a fruit juice in a very long time, his duas became louder as he made dua for us. My heart felt so hurt, my chest became tight and I realised how lost we have become.

While many people smile and walk around in nice clothes with the best of this dunya at their fingertips they are miserable and lost as they have forgotten simple human kindness, they have forgotten the rights of their brother and sister in Islam to live a life and have what is normal, they have forgotten that although it’s not harram to have nice things, but they shouldnt become arrogant and forget that many are living without the basics as they flaunt a lifestyle in front of others.

What Is The Solution?

I asked a few people what they feel is the solution to help the locals as it seems the problems in the North exist also in the south. Although the North has more jobs and hustle the poverty, the drug abuse, orphans and corruption all still exist to the same extent. 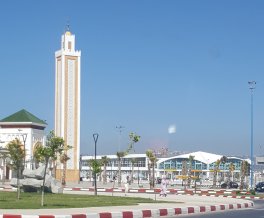 They all seemed to have the same common response with a shrug and a few words of despair, they feel trapped and stuck, they themself can’t change the problem or make any solution, everyone else is to blame and no one has a way out etc. This made me feel even more sad to see that the general people have this despair in their minds about their state but when I realised all of them made dua and said only Allah can change our affairs I realised the people havent lost hope in Allah or forgotten Allah.

As for those who remember Allah He remembers them

But we as an ummah are all responsable if we all made a small individual effort to make a change that will make a huge impact, but as long as we sit down thinking we aren’t capable of such things or overlook our individual responsibility we will remain in such a state.

Allah doesn’t change the situation of a people until they change themself.

Orphanage In the North. 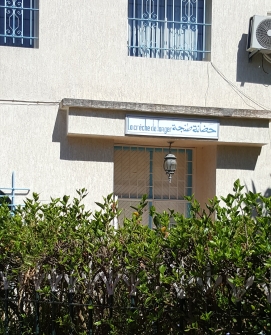 Among the beautiful beaches, army barracks and shopping malls was one particular place that I had set my scopes on which was an orphanage. Walking into the gates my legs started to tremble as always because I never know what I will find on the other side of the door. If it will be a shambles and depressing state, what will the kids say and do, how will the staff react to my questions and me being there and ultimately the sadness of walking out as the kids watch another person enter and leave their life.

This time a pleasant surprise to be greeted by female staff who appeared very capable and well-mannered. Young Yusra who is mentally impaired ran to us and threw a banana for me to open. I always suffer in choking back my tears as so many of these young kids just want to be loved.

This particular orphanage care for boys and girls from many different situations and ages including the disabled. They had a nice clean spacious house that was bright and colourful. I felt so encouraged and uplifted to see some real effort had gone into their home and caring for these precious little beings.

The drive home was bitter-sweet, heading back to the scorching heat of the desert but at the end I will be back in my own home surrounded by what I’m familiar with. I felt sad to leave the North and feel a sense of love for there although I don’t know why.

I still hold firmly to my opinion that although Morocco has many unfortunate situations and many could talk for hours about what needs to be changed or fixed ( every country has multiple issues) I must admit that Morocco has the best road police I have ever seen. They have so much etiquette in how they deal with you, even when you are blatantly in the wrong but they can see you just didn’t know. They make dua for you and respect the fact that you are a woman. I ask Allah to preserve Morocco and allow its changes only toward the good and what is pleasing to Him Ameen

Many people complain which is easy but few people are willing to put in effort to know, understand and do something about it even if it’s just dua. Most changes people want are changes that lead other countries to their greatest fall in society. While morocco is behind time in many things no one can deny that the people here are among the most amazing in the whole entire world and that we have a true freedom to be whoever we want here.

This site uses Akismet to reduce spam. Learn how your comment data is processed.